All the staff of Thai Spa Nirvana congratulates her for her birthday! 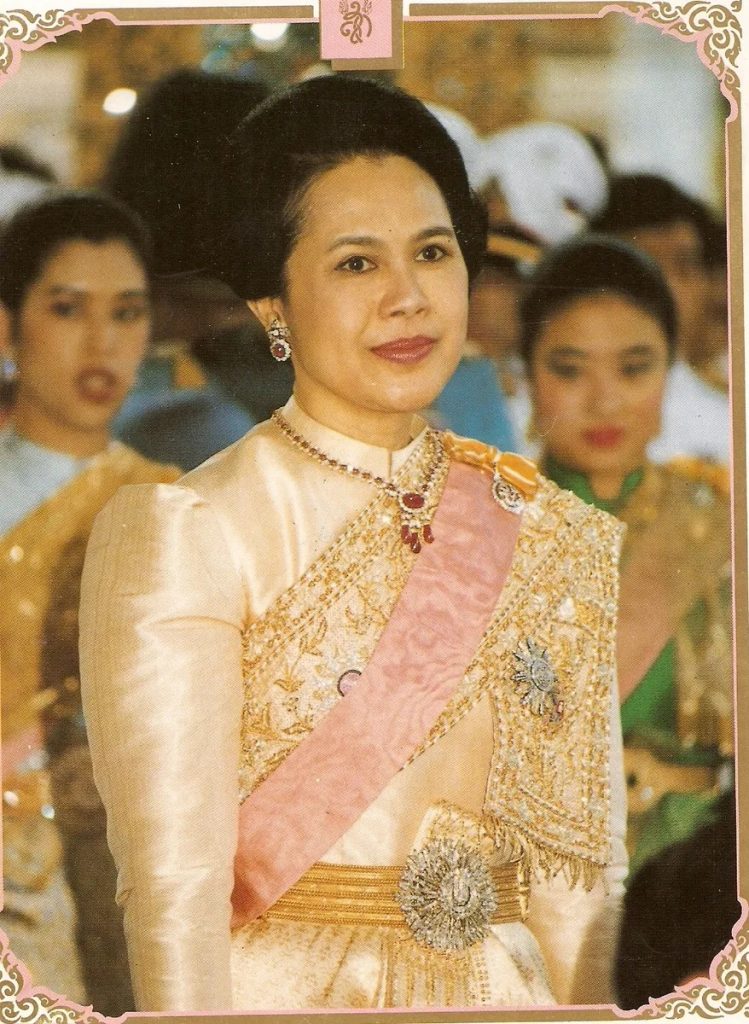 Queen Mother of Thailand Sirikit Kitiyakara her birthday at August 12, 2022.

The life of Queen Sirikit

She was married to Rama 9, HM King Bhumibol Adulyadej. Following the Coronation of His Majesty King Maha Vajiralongkorn, her son, and his marriage to the new Queen Suthida, Queen Sirikit was bestowed the title of Queen Mother. Her Majesty Queen Sirikit is the daughter of His Highness Prince Chandaburi Suranath (Mom Chao Nakkhatra Mangkala Kitiyakara) and Mom Luang Bua Kitiyakara (nee Mom Luang Bua Snidwongse).

She was born on August 12, 1932.  While she was a toddler attended kindergarten class at Rajini School, but subsequently went to St. Francis Xavier convent school at Samsen District in Bangkok.  The father of Queen Sirikit later on became Thai Minister to France, subsequently to Denmark and, ultimately, Ambassador to the Court of St. James in England.  Her Majesty accompanied him and continued her general education in the three countries and lastly in Switzerland.

How she met is Majesty King Bhumibol Adulyadej

It was while her father was stationed in Paris that she first met His Majesty King Bhumibol Adulyadej, who was then studying in Switzerland but went now and then to Paris.  The chance meeting in Paris ripened into friendship and understanding.  When His Majesty met with a very serious motor accident in Geneva, Switzerland, and had to stay in a hospital at Lausanne, Her Majesty was a frequent visitor.

When His Majesty was well again and left the hospital, he was graciously pleased to arrange for Her Majesty to continue her studies at Riante Rive, a boarding school in Lausanne.  On July 19, 1949, Their Majesties were quietly engaged in Lausanne.  Furthermore, on March 24, 1950, Their Majesties landed in Bangkok by ship after a long absence.  Moreover, April 28 of the same year, the royal wedding took place at Pathumwan Palace.

Queen Sirikit was well known for her charitable work during her active year’s as Thailand’s Queen. She was the President of the Thai Red Cross Society since 1956. Through the Thai Red Cross, the Queen was active in relief work for the many refugees from Cambodia and Myanmar in Thailand. The Queen took an active role in the aftermath of the tsunami disaster in southern Thailand in December of 2004. Tragically, the tsunami took the life of her grandson Bhumi Jensen, the son of her eldest daughter.

Mothers Day in Thailand has been traditionally held on Queen Sirikit’s birthday, and now with her new role as Queen Mother, the tradition continues.